Many poems celebrate spring and the renewal of life and it is easy to see where they get their inspiration from in the Swiss spring. Winter can seem endless in Europe, especially the part between the end of ski season and the start of spring. We were delighted by the evidence of new growth we saw around us every day, with leaves appearing on the vines and trees and flowers blossoming everywhere.


We went to the Tulip Festival in Morges to see the spectacular array of tulips in bloom. The Fête de la Tulipe is an annual festival held in April-May in the Park de l'Independence on the shores of Lake Geneva. The gardens are tended by apprentice gardeners from all over Switzerland who compete to create the best display. It was truly something special to see! 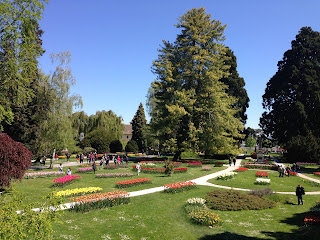 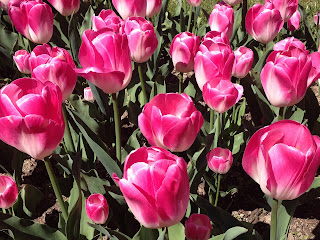 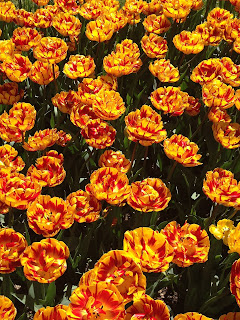 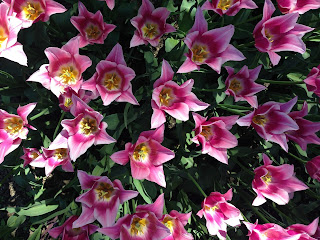 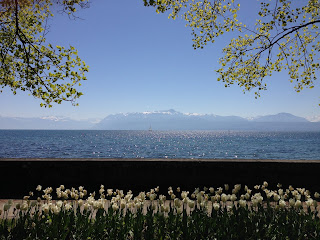 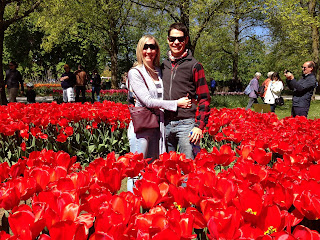 Spring also sees the movement of the cows back up into the mountains. We had a Mexican standoff with some cows on the way down from Mont Tendre! We also encountered a herd in the Valley de Joux, sounding very Swiss with their cow bells :) 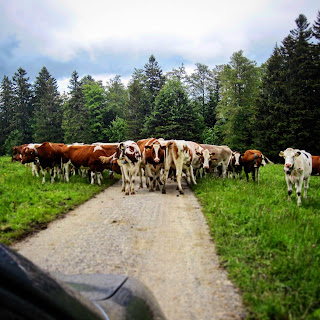