From our apartment we have a partial view of Cerro Manquehue, the highest mountain in the valley of Santiago and an extinct volcano. Daniel has summited it a few times on training runs and on Saturday I joined him for a hike. We didn't make it all the way to the top, but we got as far as Cumbre de Cerro Carbón, the summit of the smaller Coal Hill down the ridge. 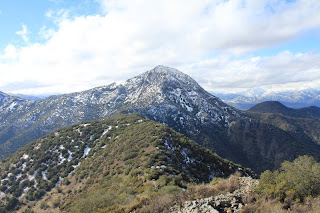 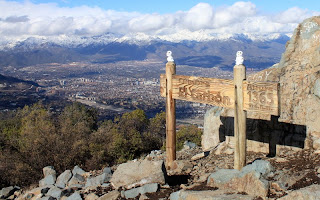 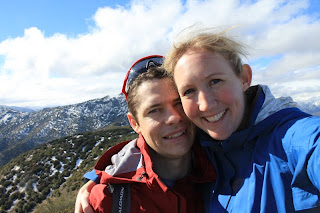 We saw several new bird species and evidence of hare and small rodent life. Daniel has seen a chilla (grey fox) on one of his runs. The vegetation is surprisingly lush and we chuckled when we saw specks of snow on the cacti on the higher slopes! At the top, we enjoyed playing in the snow (a bit of nostalgia) and seeing the views across the city. After a day of rain the smog had cleared away and we could see the Andes across the valley. 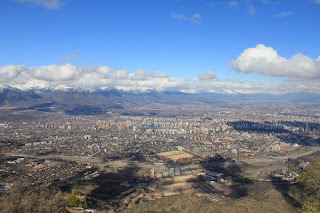 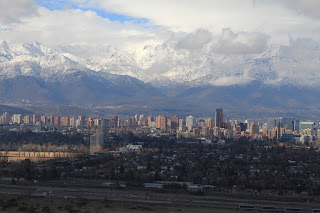 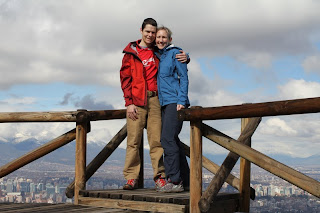