We based ourselves just outside of the town of Meiringen for the day, where our first adventure was to catch the funicular up to the famous Reichenbach Falls, a series of waterfalls in the Bernese Oberland region. 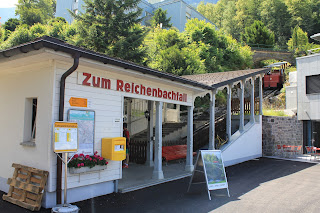 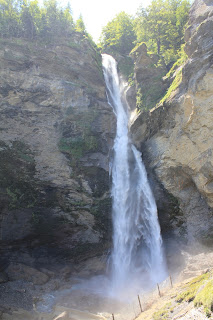 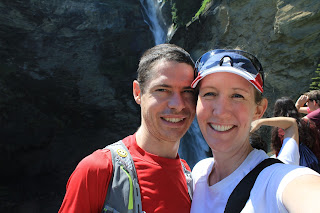 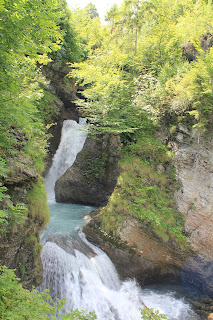 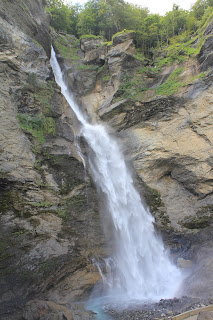 The Reichenbach Falls are famous in popular culture as the location of the final altercation between Sherlock Holmes and Professor Moriarty in Sir Conan Doyle's "The Final Problem". Holmes and Moriarty both plunge to their deaths down the 250m drop of the falls. However, it later emerges that Homes survived. We walked round the falls to the ledge where the fight took place, but unlike the many pilgrims who dress up as the characters and visit these falls, we did not conduct a reenactment of the final scene! 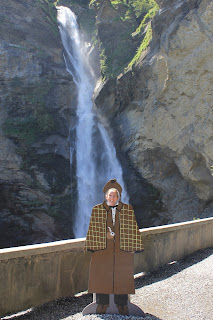 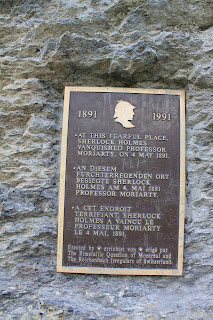 On a more practical note, the falls are one of the highest cataracts in the Alps and provide water for a hydro-electric plant, one of 40 along the river. The falls feed into the Aar river which is the longest river that both rises and ends entirely in Switzerland. The views from the top over the Reichenbachtal valley were spectacular! 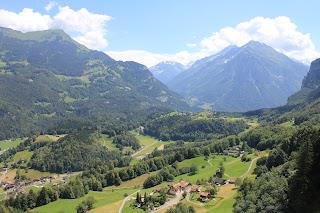