On our return trip north we stopped off at the Reserva Biolóica Huilo-Huilo, which is run by a private foundation dedicated to sustainable tourism. It is, without doubt, the most random place we've ever visited! The park is home to Volcán Mocho-Choshuenco, which is actually two volcanos bridged by a large glacier. 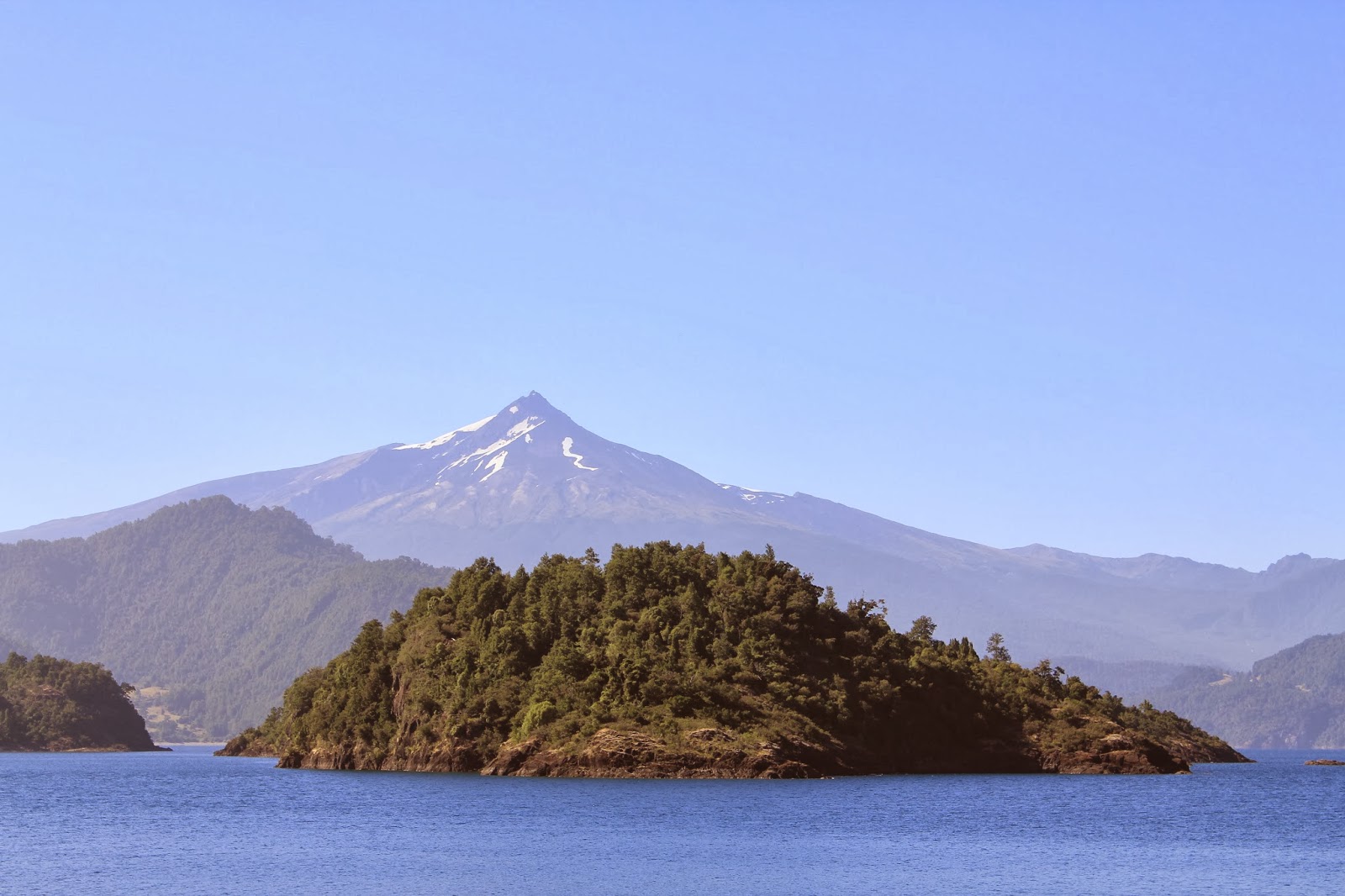 The reserve was obviously designed by an eccentric genius (Victor Petermann), and construction in the park is a combination of ingenuity and malfunction. La Montaña Mágica (Magic Mountain), one of the top hotels in the reserve, is a fantasy castle with a waterfall plunging down its sides. The escape routes are fun wooden swing bridges into the forests. (We were staying in the campsite down the road...)


We explored the surrounding areas, including the Canopy Village, a boardwalk through a deer park. We saw some deer - including a bambi! - and some geese and llamas. At the far end of the trail was the Mirador de Jabalí, an interesting spot overlooking a compound of wild boar. Truly bizarre! 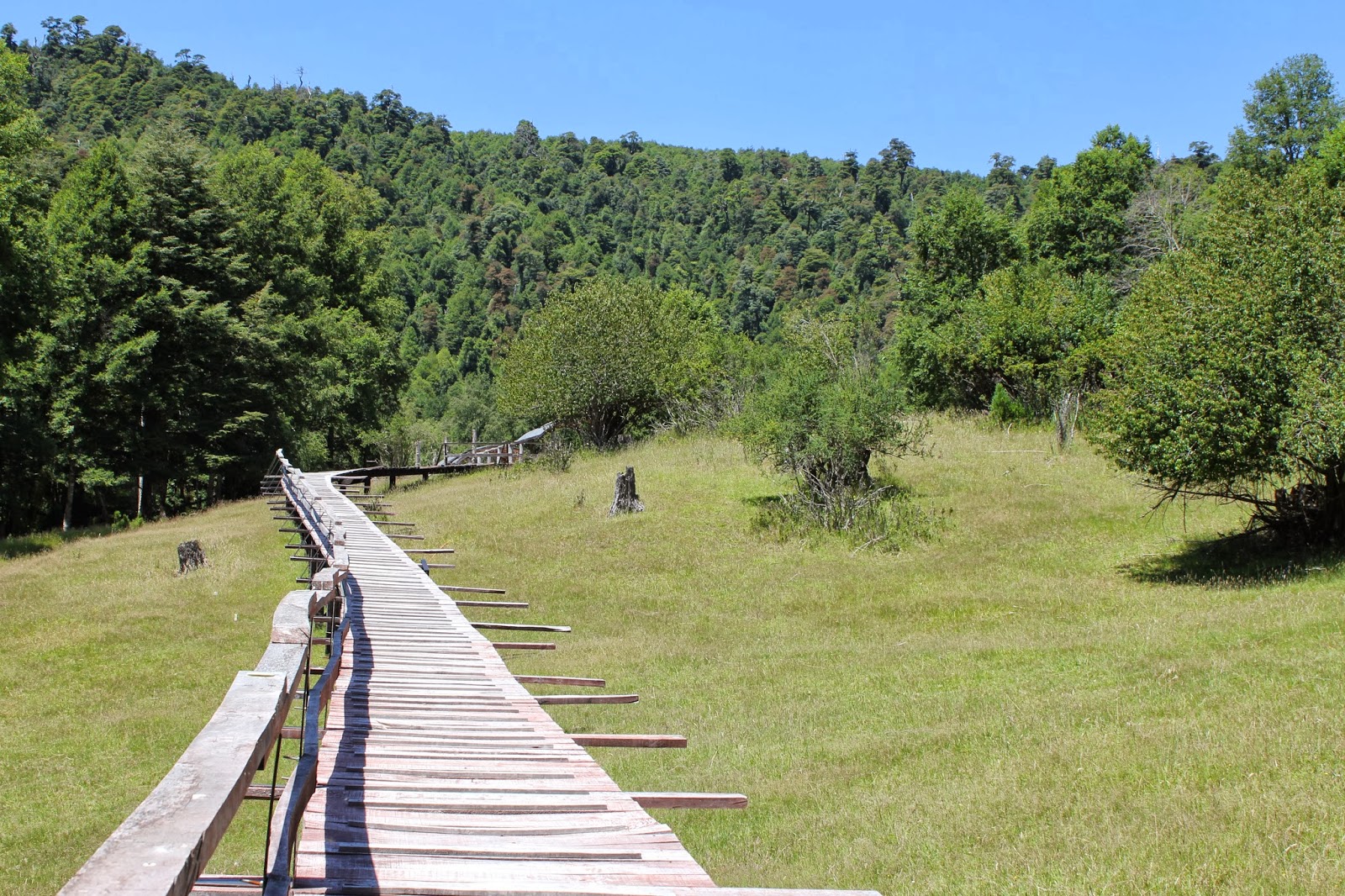 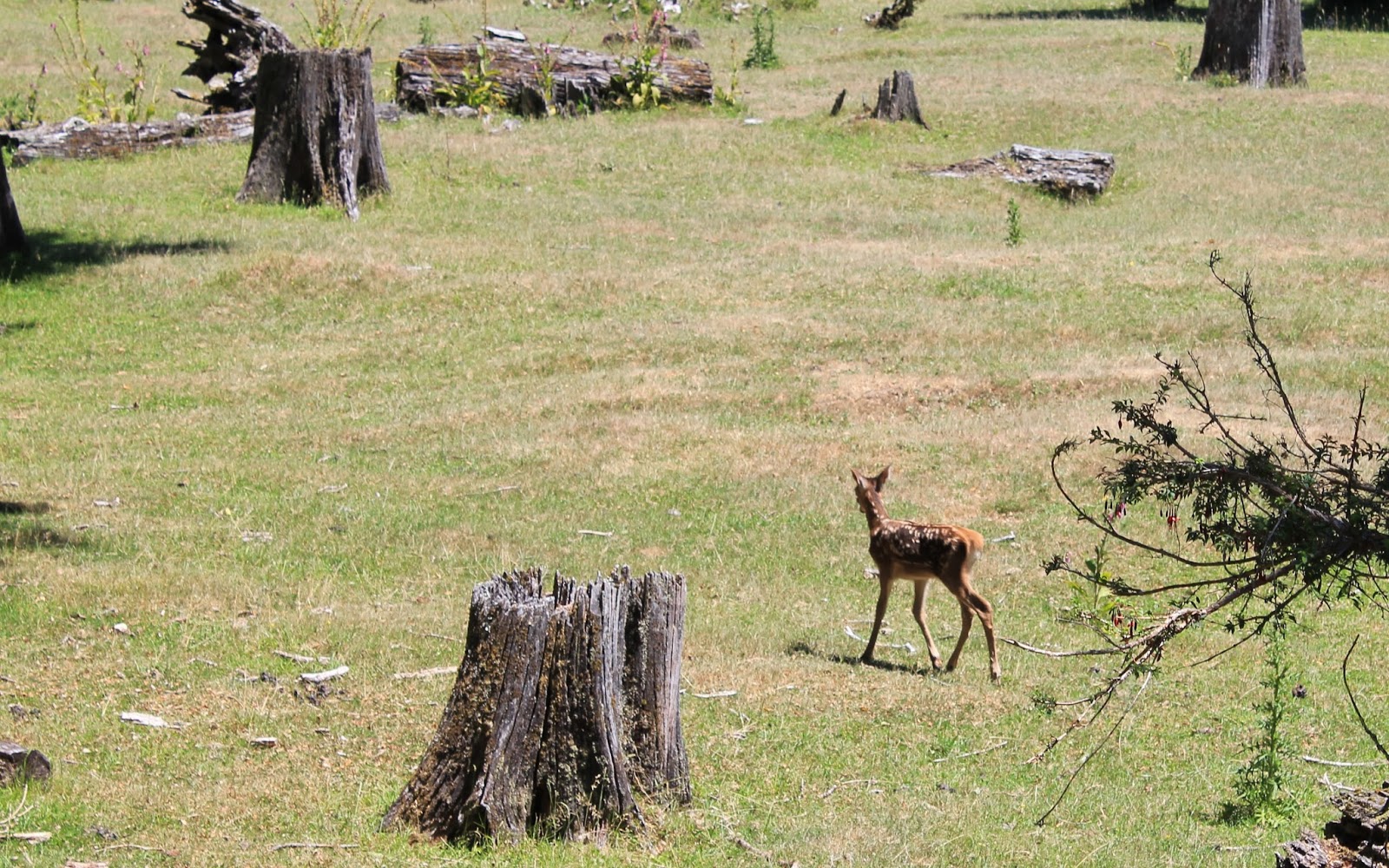 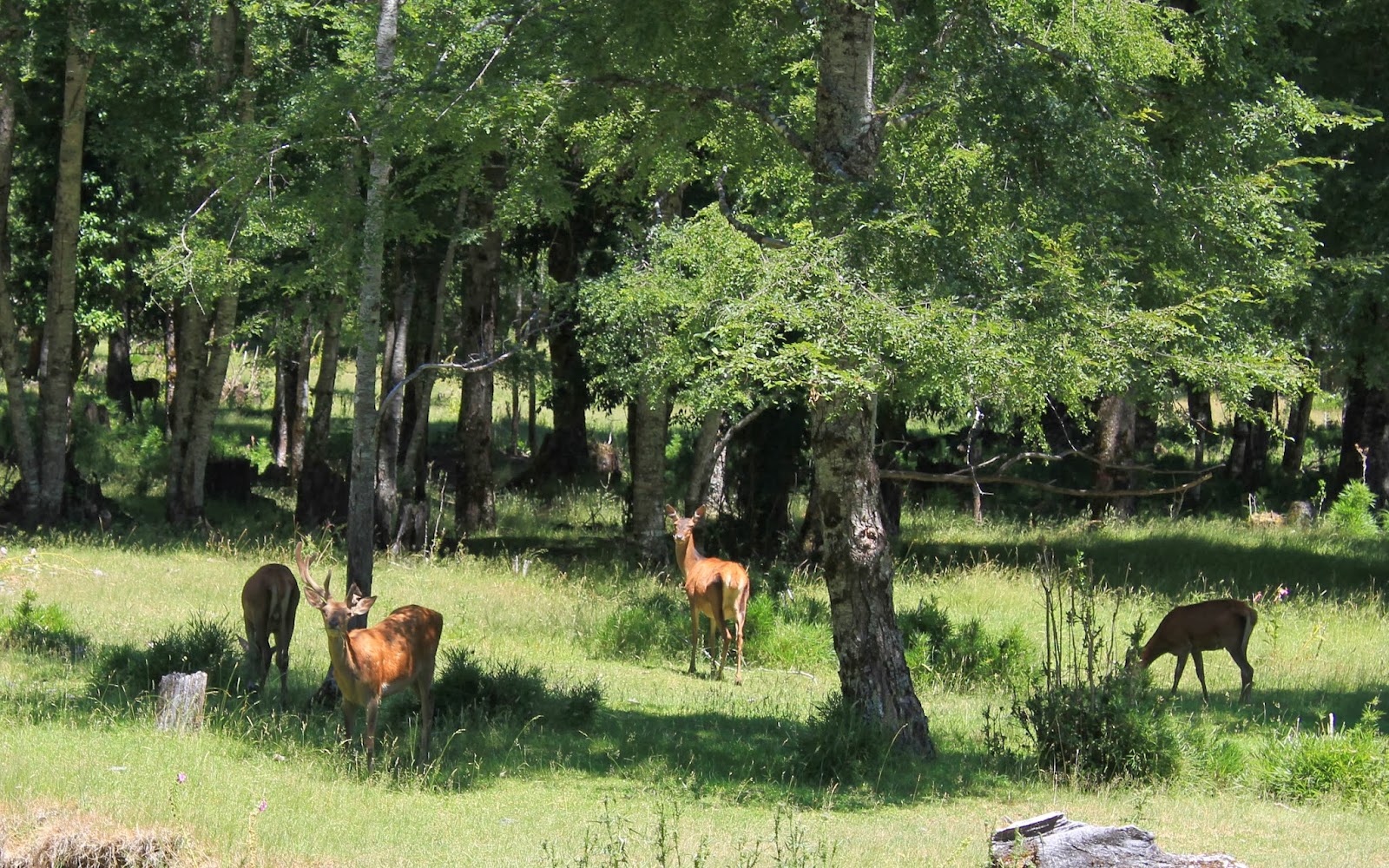 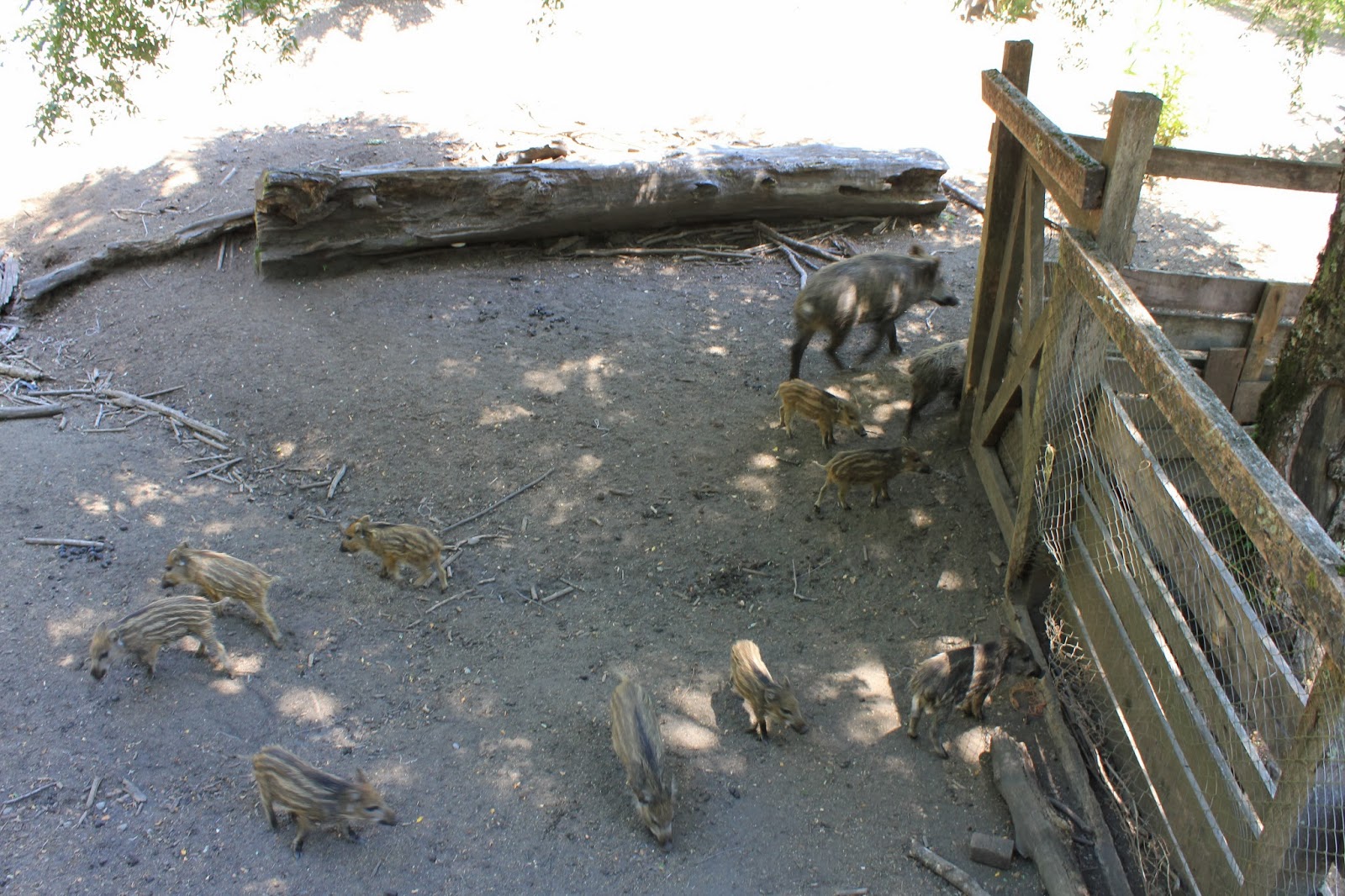 Huilo Huilo is also home to the Cervezería Petermann (brewery) which produces four types of Ales - blonde, golden, red and black. This was a most welcome stop for us after the Canopy Village. The beer has a distinctly artisanal flavour, and it is delicious and refreshing. We enjoyed some beer at the brewery and back at our campsite.

Attractions at the reserve include several waterfalls, and we visited the Salto La Leona. We also completed the Sendero de Los Espiritus, a boardwalk trail winding through the forest, past several Mapuche carvings. Unfortunately, everybody on the trail seemed to get lost, even though the guide insisted that it was a loop. We eventually doubled back on ourselves and managed to escape. Perhaps it was all part of an elaborate spiritual journey...


We enjoyed our time in the park, but it was a pity to see that so many of the attractions had fallen into disuse. Clearly a mega effort was put into creating some fun and alternative entertainment at the reserve, such as mini golf, water slides and cable cars, but in the 13 years this park has been open, these are no longer functioning. Perhaps the inspiriation behind the project ran out of money or eccentricity. We sure hope they get their groove back soon, as this could easily have been the best part of our road trip.